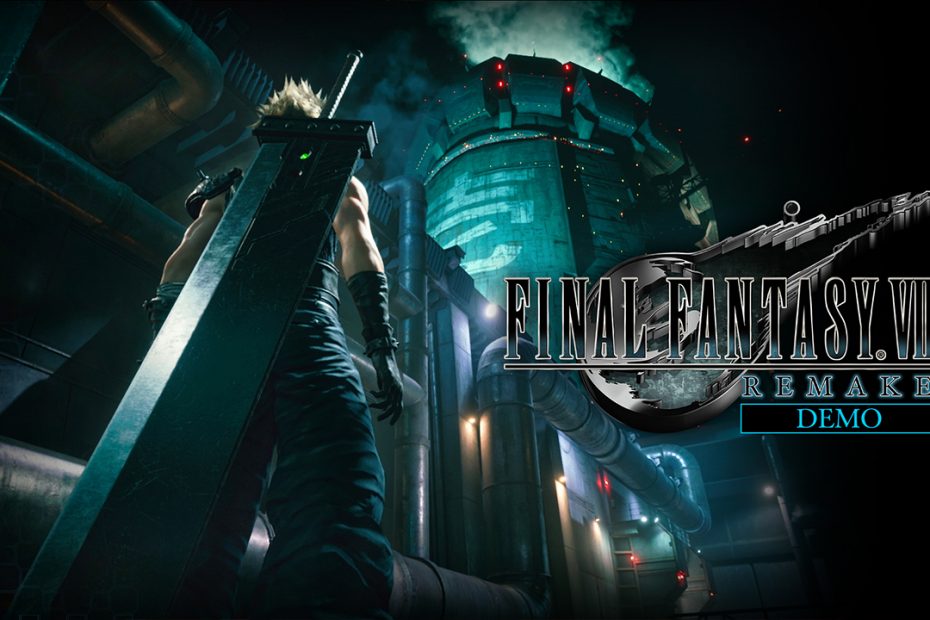 Like so many others, I adored the original FFVII when I first played it. It was a magical gaming experience, and I lost track of time and everything around it like a little gaming gremlin, caring for nothing more than my sleep-game-eat cycle of pure Final Fantasy obsession. How much did I love this game as a teenager? I named my snowboard Cloud. Ok, now we’ve established that I’ve always been very embarrassing.

So there’s been talks of a remake/remaster of FF7 since the dawn of time. I was starting to think it was one of those things that simply would never happen. Until it did.

The demo is pretty short, so I was able to play through most of it while Lilith was napping – 10/10.

Overall I think the Remake seems to have a good vibe, and captures the original atmosphere nicely. I didn’t love the combat system. It wasn’t bad, and it was pretty fun and dynamic and all that jazz, but I kinda missed the old combat system. For me, it would have given me a more Final Fantasy 7 Feeling™.

Additional banter and dialogue with Team AVALANCHE was nice. And I liked Thirsty Jessie; thank you for speaking Teenage Me’s mind about Cloud being a snack. Very relatable.

I’ve been hype for this game for years, and believe me when I say I’d much rather make a post about how playing the actual game works with A Child climbing me, but alas due to Reasons, I’ve only got the demo version for now. Someone with a lot more time and patience than me should do a side-by-side comparison of the original version and the remake. Juuust saying.

Look forward to an updated post when I get my paws on the full game! And if you haven’t, try the demo. It’s free, obviously, and can easily be completed while the kiddo sleeps.