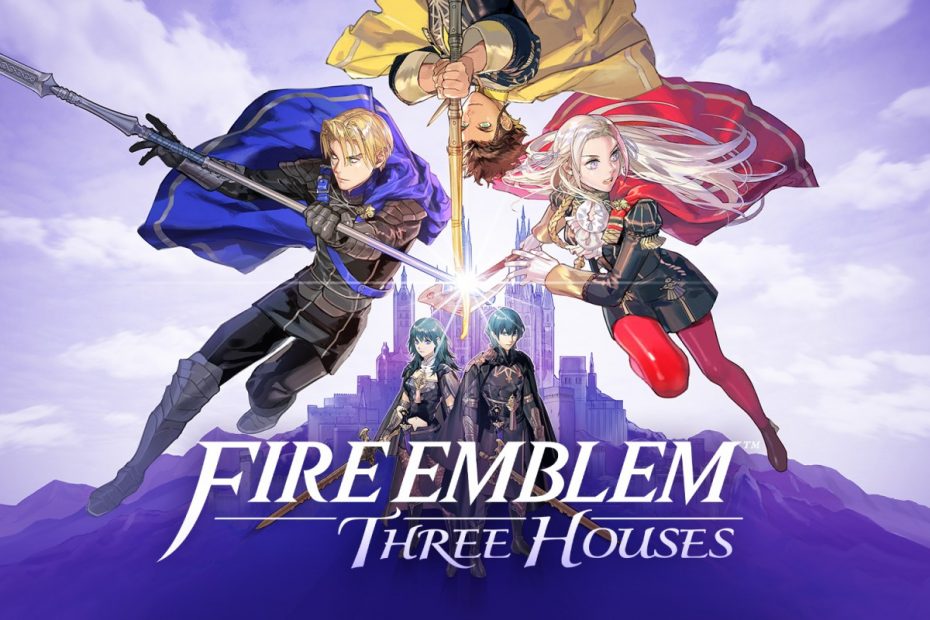 This game cured my depression and gave me clear skin: 10/10

Ok, maybe not exactly, but Fire Emblem: Three Houses kind of took over my life, and I gladly let it. Being able to pause any time unless mid cut scene helps so much. Another obvious advantage is that it’s on Switch; and I’m really content with playing the handheld, compared to other games (like The Legend of Zelda: Breath of The Wild) where I really prefer playing on the TV. Unlike the PS4 controllers, Spawn doesn’t actively try to grab the Switch from me – yet.

I think one of the main reasons I got so hooked on this game is that it’s the first game I’ve been able to properly play in ages.

I had no idea what to expect when I first started playing this, and picked Blue Lions/Azure Moon for the following reasons: a) Not knowing I could date Edelgard as a female character, and b) Felix (don’t judge me!), but I’m super invested now and legit scared I’ll break my own heart in my next playthrough(s).

The BF is playing a different route (Golden Deer/Verdant Wind), and hasn’t made it far enough for me to discuss Important Plot/Character Things with him, which is very frustrating. He got stuck on the same battle for 3 days thanks to Spawn grabbing his attention whenever he sat down to play – sucks to be him! He loathes spoilers with a fiery passion, so I play with Japanese voices around him. Voice acting is really good in both languages so it’s all cool.

I’ve logged about 80+ hours (if you think that’s a lot you know nothing!), and I’m still not finished with my first playthrough. Granted, I’m not very efficient, but for once, it’s not Spawn’s fault at all: it’s my own for spending 90% of the time having tea parties and trying to figure out who’s lost items I’ve found, while refusing to use a guide because I’m stubborn like that. All while completely ignoring the actual war going on.

My sleep-deprived ass got over emotional and almost started sobbing at one point (so far. I’m guessing there’s more to come because I’m just Like That). It wasn’t even over anything sad. The Spawn looked confused and gave me a hug.

The DLC that lets you interact with the cats and dogs is finally out, so this game is now 200% better.

previousTales of Zestiria
nextMan of Medan